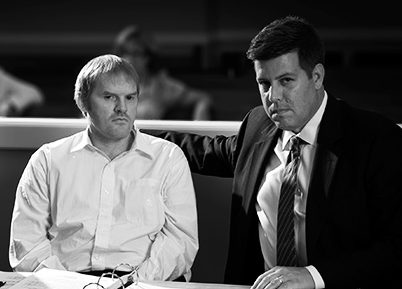 James “Skip” Sullivan was admitted to the Georgia Bar in 2001 and is a member of the Georgia Court of Appeals and the Georgia Supreme Court.

Mr. Sullivan over his legal career has developed a respected reputation among judges, prosecutors, and law enforcement earned through his tireless work fighting for the rights of the accused.  Mr. Sullivan is a frequent speaker at continuing legal education seminars teaching other lawyers the practice of DUI defense.  He also participates regularly in law enforcement training at the Georgia Public Safety Training Center.  His common-sense approach to DUI defense has won over juries and judges alike.  Mr. Sullivan has also been recognized as a “Rising Star” by Georgia Super Lawyers.  He has also received a rating from Avvo of 10.0 – the highest possible rating as measured by peers, clients, experience, and professional achievements.

Mr. Sullivan started his legal career as an Assistant District Attorney in Rockdale County, Georgia where he handled many DUIs and other criminal matters.  Mr. Sullivan left prosecution in 2006 when he decided to exclusively defend the rights of drinking drivers with Chestney & Sullivan and has been effectively doing so ever since.  He is certified by Georgia law enforcement in Standardized Field Sobriety Testing.  He has also successfully completed a Drug Recognition Expert Course (DRE) and has also received training on the Intoxilyzer 5000. Chestney & Sullivan currently owns and uses regularly three Intoxilyzer 5000 instruments (the breath testing instruments formerly used in Georgia law enforcement as the official State breath test).

Mr. Sullivan is licensed to practice in all Georgia municipal, magistrate, probate, state, and superior courts as well as the Georgia Court of Appeals and Georgia Supreme Court.